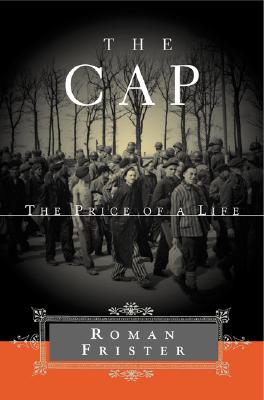 Uncompromisingly frank, “both brutal and beautifully written” (The Boston Globe), The Cap is an unconventional Holocaust memoir that defies all moral judgment and ventures into a soul blackened by the unforgiving cruelty of its surroundings. Roman Frister’s memoir of his life before, during, and after his imprisonment in the Nazi concentration camps sparked enormous controversy and became an international best-seller. With bone-chilling candor, Frister illustrates how the impulse to live unhinges our comfortable notions of morality, blurring the boundary between victim and oppressor and leaving absolutely no room for martyrdom. By the time Roman Frister was sixteen, he had watched his mother murdered by an SS officer and he had waited for his father to expire, eager to retrieve a hidden half loaf of bread from beneath the dying man’s cot. When confronted with certain death, he placed another inmate in harm’s way to save himself. Frister’s resilience and instinct for self-preservation—developed in the camps—become the source of his life’s successes and failures. Chilling and unsentimental, The Cap is a rare and unadorned self-portrait of a man willing to show all of his scars. Reflected in stark relief are the indelible wounds of all twentieth-century European Jews. An exceptional and groundbreaking testimony, Roman Frister’s “gut-wrenching memoir is a must-read.”—Kirkus Reviews

Prev: The Calligrapher
Next: The Cape Ann