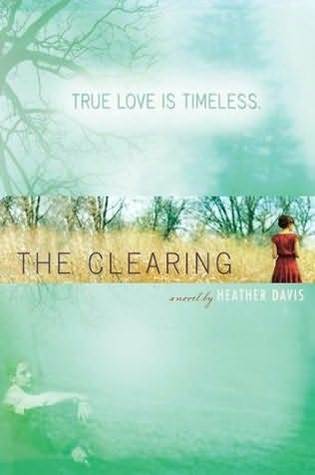 In this bittersweet romance, two teens living decades apart form a bond that will change their lives forever.

Amy is drawn to the misty, mysterious clearing behind her Aunt Mae’s place because it looks like the perfect place to hide from life. A place to block out the pain of her last relationship, to avoid the kids in her new town, to stop dwelling on what her future holds after high school.

Then, she meets a boy lurking in the mist—Henry. Henry is different from any other guy Amy has ever known. And after several meetings in the clearing, she’s starting to fall for him.

But Amy is stunned when she finds out just how different Henry really is. Because on his side of the clearing, it’s still 1944. By some miracle, Henry and his family are stuck in the past, staving off the tragedy that will strike them in the future. Amy’s crossing over to Henry’s side brings him more happiness than he’s ever known—but her presence also threatens to destroy his safe existence.