“An intriguing spy biography that ably demonstrates how fierce adherence to an ideology can lead to human suffering on terms both intimate and global.” 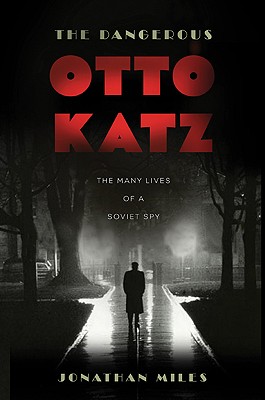 The FBI’s file on the Soviet spy Otto Katz (1893-1952) called him “an extremely dangerous man.” This label doesn’t even begin to tell the story.

Katz, a daring and treacherous Soviet spy, seemed perpetually to beat the center of crucial historical moments. A deft writer and littÃ©rateur, he talked Arthur Koestler out of a life-threatening but ultimately useless mission in the Spanish Civil War, and persuaded Hollywood’s gentry to donate to the Hollywood Anti Nazi League, a cover organization that fed money into Soviet coffers. He traveled to Weimar Berlin, Moscow, Mexico City, Prague, New York, and London, and may even have married the film star Marlene Dietrich. His best-known alter ego, a debonair character known as Rudolf Brea, was the inspiration for numerous film heroes, including Casablanca’s Victor Laszlo.

In the hands of the hugely talented Jonathan Miles, this story is more than a biography

Prev: The Damnation of John Donellan
Next: The Daring Escape of the Misfit Menagerie