“Jones's ability to dissect complex ideas with verve and wit creates an absorbing and unusually entertaining look at the sweep of Darwin's vision.”

— Publisher’s Weekly on The Darwin Archipelago: The Naturalist’s Career Beyond Origin of Species 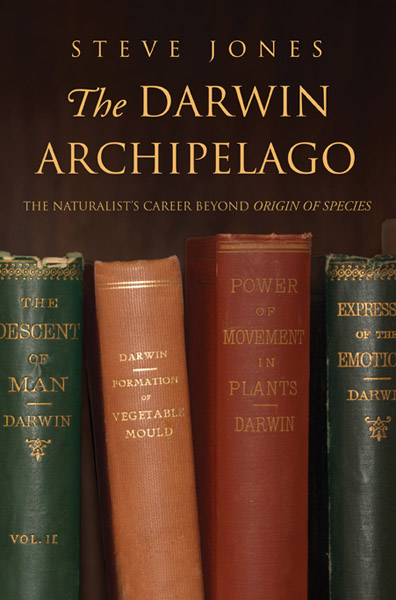 The Darwin Archipelago: The Naturalist’s Career Beyond Origin of Species

Charles Darwin is of course best known for The Voyage of the Beagle and The Origin of Species. But he produced many other books over his long career, exploring specific aspects of the theory of evolution by natural selection in greater depth. The eminent evolutionary biologist Steve Jones uses these lesser-known works as springboards to examine how their essential ideas have generated whole fields of modern biology.

Earthworms helped found modern soil science, Expression of the Emotions helped found comparative psychology, and Self-Fertilization and Forms of Flowers were important early works on the origin of sex. Through this delightful introduction to Darwin’s oeuvre, one begins to see Darwin’s role in biology as resembling Einstein’s in physics: he didn’t have one brilliant idea but many and in fact made some seminal contribution to practically every field of evolutionary study. Though these lesser-known works may seem disconnected, Jones points out that they all share a common theme: the power of small means over time to produce gigantic ends. Called a “world of wonders” by the Times of London, The Darwin Archipelago will expand any reader’s view of Darwin’s genius and will demonstrate how all of biology, like life itself, descends from a common ancestor. (2011.04.15)

Prev: The Darkening Field
Next: The Dawn Patrol