“Brutally creative. . . . Pollock knows how to dunk readers into a scene and when to pull them out gasping.” 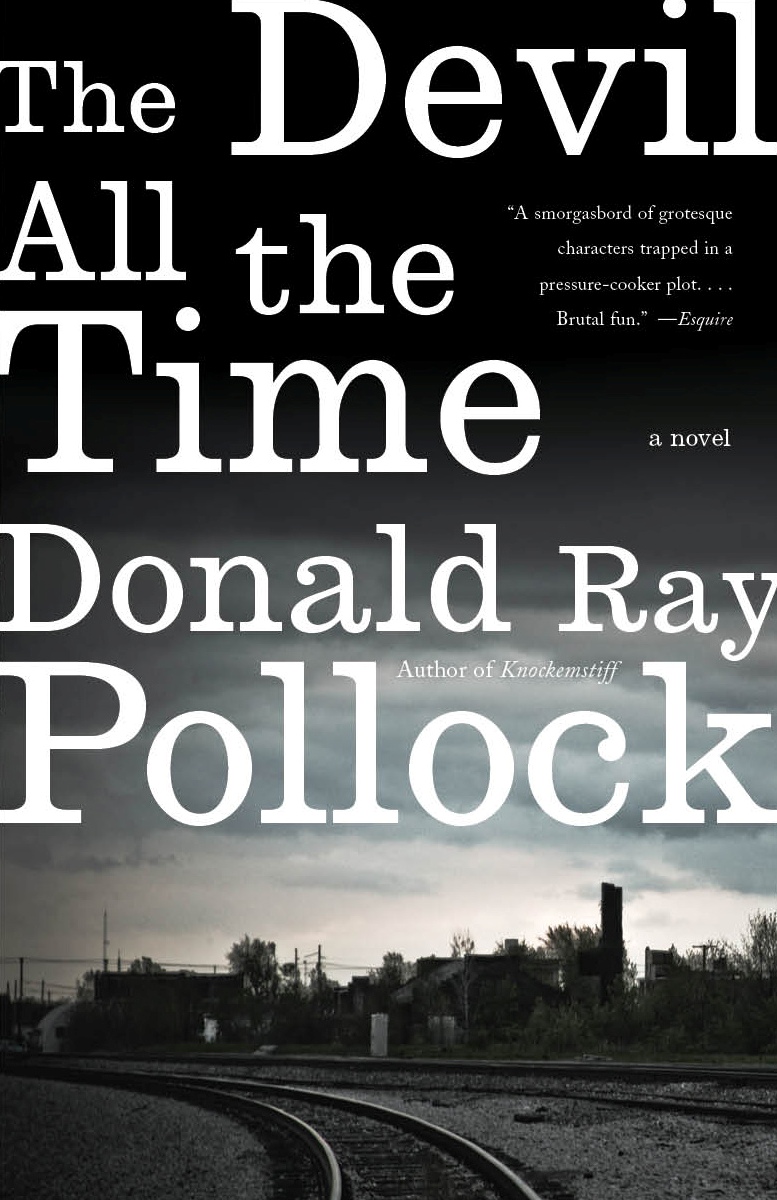 The Devil All the Time

From the acclaimed author of Knockemstiff—called “powerful, remarkable, exceptional” by the Los Angeles Times—comes a dark and riveting vision of America that delivers literary excitement in the highest degree.

In The Devil All the Time, Donald Ray Pollock has written a novel that marries the twisted intensity of Oliver Stone’s Natural Born Killers with the religious and Gothic overtones of Flannery O’Connor at her most haunting.

Set in rural southern Ohio and West Virginia, The Devil All the Time follows a cast of compelling and bizarre characters from the end of World War II to the 1960s. There’s Willard Russell, tormented veteran of the carnage in the South Pacific, who can’t save his beautiful wife, Charlotte, from an agonizing death by cancer no matter how much sacrificial blood he pours on his “prayer log.” There’s Carl and Sandy Henderson, a husband-and-wife team of serial killers, who troll America’s highways searching for suitable models to photograph and exterminate. There’s the spider-handling preacher Roy and his crippled virtuoso-guitar-playing sidekick, Theodore, running from the law. And caught in the middle of all this is Arvin Eugene Russell, Willard and Charlotte’s orphaned son, who grows up to be a good but also violent man in his own right.

Donald Ray Pollock braids his plotlines into a taut narrative that will leave readers astonished and deeply moved. With his first novel, he proves himself a master storyteller in the grittiest and most uncompromising American grain.

Prev: The Deus Machine
Next: The Devil Crept In