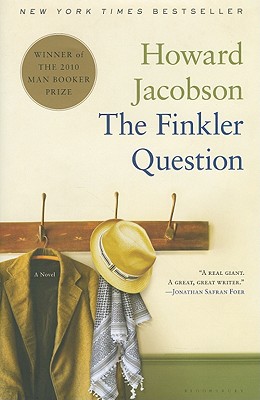 “He should have seen it coming. His life had been one mishap after another. So he should have been prepared for this one ”

Julian Treslove, a professionally unspectacular and disappointed BBC worker, and Sam Finkler, a popular Jewish philosopher, writer and television personality, are old school friends. Despite a prickly relationship and very different lives, they’ve never quite lost touch with each other - or with their former teacher, Libor Sevick, a Czechoslovakian always more concerned with the wider world than with exam results.

Now, both Libor and Finkler are recently widowed, and with Treslove, his chequered and unsuccessful record with women rendering him an honorary third widower, they dine at Libor’s grand, central London apartment.

Prev: The Finalists
Next: The Fire Never Goes Out