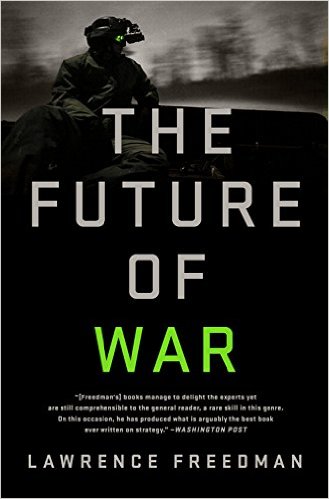 The Future of War

In 1912, Sir Arthur Conan Doyle, creator of Sherlock Holmes, wrote a short story about a war fought from underwater submersibles that included the sinking of passenger ships. At the time, it was dismissed by the British generals and admirals of the day not because the idea of submarines was technically unfeasible, but because no one could imagine that any nation would be so depraved as to sink civilian merchant shipps. The future of war more often than not surprises us less because of some fantastic technical or engineering dimension but because of some human, political, or moral threshold that we had never imagined wanting to cross.

As Lawrence Freedman shows, the future of war has a past and a present. Ideas of war, strategies for warfare and its practice, and organizing principles of war all have rich and varied origins which have shaped the minds of those who conceive the next war. Freedman shows how war can be studied systematically and empirically to provide a firm foundation for enlightened policy.

The Future of War—which covers civil wars to as yet unknown nuclear conflicts, proxy wars (real) to the Cold War (not), fashionably small wars to the War to End All Wars (it didn’t)—is filled with insight and fascinating nuggets of military history and culture from one of the most brilliant military and strategic historians of his generation.

Prev: The Fundamentals of Murder
Next: The Future Won't Be Long