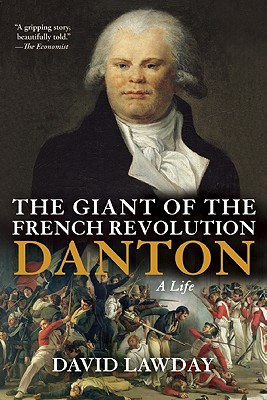 The Giant of the French Revolution: Danton, A Life

George-Jacques Danton was the driving force behind the French Revolution, which brought an end to an absolute monarchy that had ruled for nearly one thousand years. In The Giant of The French Revolution, David Lawday reveals the larger-than-life figure who joined the fray at the storming of the Bastille in 1789 at twenty-nine—and was dead five years later. Danton’s impassioned speeches drove reformers to action and kept the Revolution alive at the moment when it risked collapse. But he lost his grip against Robespierre’s Reign of Terror, becoming another of its victims under the guillotine. In vivid, novelistic prose worthy of a Shakespearean tragedy, Lawday leads us from Danton’s humble roots to the streets of Paris, where this political legend acted on the operatic stage of the Revolution that altered Western civilization.

Prev: The Ghosts of Gribblesea Pier
Next: The Gift Inside the Box