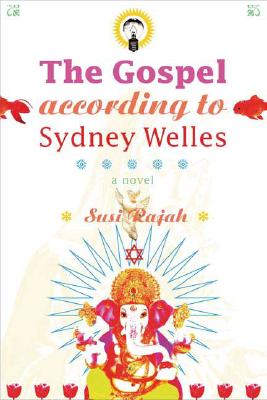 The Gospel According to Sydeney Welles

Elizabeth Gilbert meets Jennifer Weiner in this hilarious comedy of errors starring resident Los Angeleno Sydney Welles. Sydney seems to have it all—a lucrative career, a comfortable life, and a man who looks good on paper—until the Catholic Church, looking to repair some serious image problems, approaches the ad agency she works for to create a positive campaign. Sydney, told by her boss it’s her account to lose, stumbles through the novel trying to figure out how to sell religion to a soulless society. She begins a one-sided argument with the Lord himself via riotous, pleading e-mails, all the time asking why He/She had to enter her neat, secular life and make such a mess of it.

Complicating things are her best friend Anna’s on-again, off-again wedding; the disturbingly handsome priest serving as the church’s liaison; and Jake, the new guy, who looks good in real life but comes equipped with all the real-life complications. Susi Rajah’s wickedly funny debut novel introduces an unforgettable new voice in fiction and gives us a ribald, self-deprecating young woman who eventually discovers that love requires even more faith than religion.

Prev: The Good Son
Next: The Great Concert of the Night