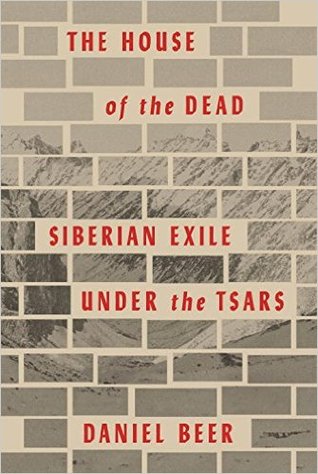 The House of the Dead

Siberian Exile Under the Tsars

A visceral, hundred-year history of the vast Russian penal colony.

It was known as ‘the vast prison without a roof.’ From the beginning of the nineteenth century until the Russian Revolution, the tsars exiled more than one million prisoners and their families beyond the Ural Mountains to Siberia. Daniel Beer illuminates both the brutal realities of this inhuman system and the tragic and inspiring fates of those who endured it. Here are the vividly told stories of petty criminals and mass murderers, bookish radicals and violent terrorists, fugitives and bounty hunters, and the innocent women and children who followed their husbands and fathers into exile.

Siberia was intended to serve not only as a dumping ground for criminals but also as a colony. Just as exile would purge Russia of its villains so too would it purge villains of their vices. In theory, Russia’s most unruly criminals would be transformed into hardy frontiersmen and settlers. But in reality, the system peopled Siberia with an army of destitute and desperate vagabonds who visited a plague of crime on the indigenous population. Even the aim of securing law and order in the rest of the Empire met with disaster: Expecting Siberia also to provide the ultimate quarantine against rebellion, the tsars condemned generations of republicans, nationalists and socialists to oblivion thousands of kilometers from Moscow. Over the nineteenth century, however, these political exiles transformed Siberia’s mines, settlements and penal forts into a virtual laboratory of revolution. Exile became the defining experience for the men and women who would one day rule the Soviet Union.

Unearthing a treasure trove of new archival evidence, this masterly and original work tells the epic story of Russia’s struggle to govern its prison continent and Siberia’s own decisive influence on the political forces of the modern world. In The House of the Dead, Daniel Beer brings to light a dark and gripping reality of mythic proportions.

Prev: The House of Mondavi
Next: The How Not to Die Cookbook