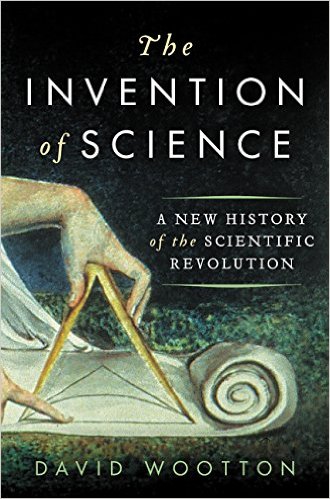 The Invention of Science goes back five hundred years in time to chronicle the Scientific Revolution, exploring the factors that led to its birth and the people who made it happen.

The Invention of Science

A New History of the Scientific Revolution

A companion to such acclaimed works as The Age of Wonder, A Clockwork Universe, and Darwin’s Ghosts—a groundbreaking examination of the greatest event in history, the Scientific Revolution, and how it came to change the way we understand ourselves and our world.

We live in a world transformed by scientific discovery. Yet today, science and its practitioners have come under political attack. In this fascinating history spanning continents and centuries, historian David Wootton offers a lively defense of science, revealing why the Scientific Revolution was truly the greatest event in our history.

The Invention of Science goes back five hundred years in time to chronicle this crucial transformation, exploring the factors that led to its birth and the people who made it happen. Wootton argues that the Scientific Revolution was actually five separate yet concurrent events that developed independently, but came to intersect and create a new worldview. Here are the brilliant iconoclasts—Galileo, Copernicus, Brahe, Newton, and many more curious minds from across Europe—whose studies of the natural world challenged centuries of religious orthodoxy and ingrained superstition.

From gunpowder technology, the discovery of the new world, movable type printing, perspective painting, and the telescope to the practice of conducting experiments, the laws of nature, and the concept of the fact, Wotton shows how these discoveries codified into a social construct and a system of knowledge. Ultimately, he makes clear the link between scientific discovery and the rise of industrialization—and the birth of the modern world we know.