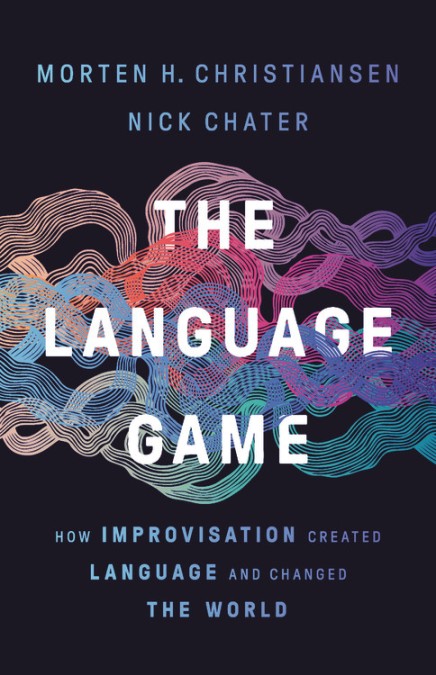 How Improvisation Created Language and Changed the World

Language is perhaps humanity’s most astonishing capacity—and one that remains poorly understood. In The Language Game, cognitive scientists Morten H. Christiansen and Nick Chater show us where generations of scientists seeking the rules of language got it wrong. Language isn’t about hardwired grammars but about near-total freedom, something like a game of charades, with the only requirement being a desire to understand and be understood. From this new vantage point, Christiansen and Chater find compelling solutions to major mysteries like the origins of languages and how language learning is possible, and to long-running debates such as whether having two words for “blue” changes what we see. In the end, they show that the only real constraint on communication is our imagination.

Prev: The Land of Later On
Next: The Language of Tears