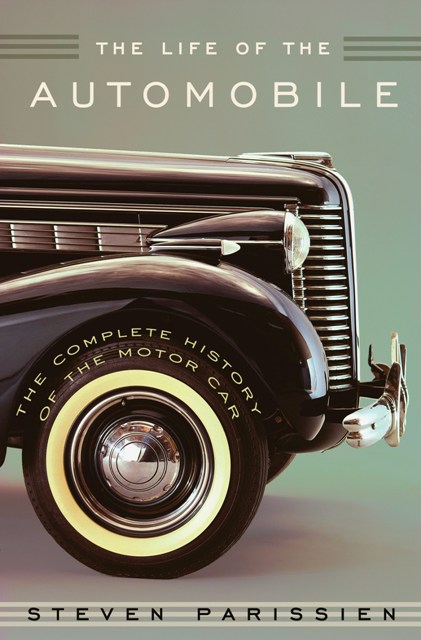 The Life of the Automobile

The Complete History of the Motor Car

The car has shaped the modern era more profoundly than any other human invention. Its manufacture introduced mass-production to the world, bringing with it tarmac, suburbs, and car culture. In this comprehensive world history of the most important transport innovation of the modern age, historian Dr. Steven Parissien examines the impact, development, and significance of the automobile over its turbulent and colorful 130-year history.

He tells the story of the automobile, and of its creators, from its earliest appearance in the late nineteenth century – as little more than a powered quadricycle – through the mergers and bailouts of the twenty-first century. Readers will learn about Andre Citroen and his Traction Avant of 1934, Ferdinand Porsche and the Volkswagen, Gene Bordinat and the Ford Mustang, among numerous other game changers and iconic vehicles.

Bringing to life the flamboyant entrepreneurs, shrewd businessmen, and gifted engineers that worked behind the scenes to bring us horsepower and performance, The Life of the Automobile is a globe-spanning account of the auto industry that is sure to rev the engines of gearheads across the country. But above all, this book illustrates how the epic story of the car mirrors the history of the modern era, from the brave hopes and soaring ambitions of the late eighteen hundreds to the cynicism and ecological concerns we face more than a century later.

Prev: The Life and Crimes of Bernetta Wallflower
Next: The Little Balloonist