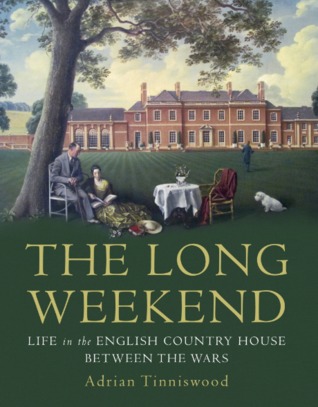 There is nothing quite as beautiful as an English country house in summer. And there has never been a summer quite like that Indian summer between the two world wars, a period of gentle decline in which the sun set slowly on the British Empire and the shadows lengthened on the lawns of a thousand stately homes.

Real life in the country house during the 1920s and 1930s was not always so sunny. By turns opulent and ordinary, noble and vicious, its shadows were darker. In The Long Weekend, Adrian Tinniswood uncovers the truth about a world half-forgotten, draped in myth and hidden behind stiff upper lips and film-star smiles. Drawing on hundreds of memoirs, on unpublished letters and diaries, on the eye-witness testimonies of belted earls and unhappy heiresses and bullying butlers, The Long Weekend gives a voice to the people who inhabited this world. In a definitive social history which combines anecdote and narrative with scholarship, it brings the stately homes of England to life, giving readers an insight into the guilt and the gingerbread, and showing how the image of the country house was carefully protected by its occupants above and below stairs, and how the reality was so much more interesting than the dream.

Prev: The Long Night
Next: The Lost City