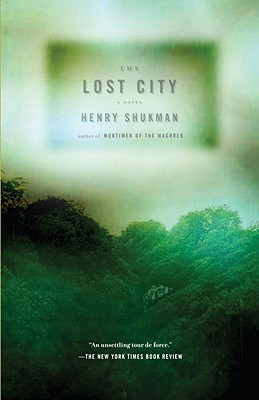 Jackson Small—barely twenty and just discharged from the military—sets off in search of something he cannot even be sure is real: La Joya, the lost capital of an ancient, vanished Peruvian empire.

Traveling through South America, Jackson makes his way through desert, arid mountains, inhospitable villages, and impenetrable jungle, meeting several unforgettable characters, including an American woman who both redefines and fulfills all of Jackson’s expectations. And though he’s warned at almost every turn, he still enters the lethal forest that hides La Joya—where he will discover other searchers, with motives far more sinister than his own. With its lyrical voice, heart-stopping pace, and the audacious romanticism of the quest that fuels it, The Lost City is a novel at once suspenseful, unexpected, and thoroughly mesmerizing.

Prev: The Long Weekend
Next: The Lost German Slave Girl