“This is a terrific novel, full of pert observations and salty insights into the ageing process–not just Henry’s but the world’s . . . . Jacobson is at the top of this form.”

— Evening Standard on The Making of Henry 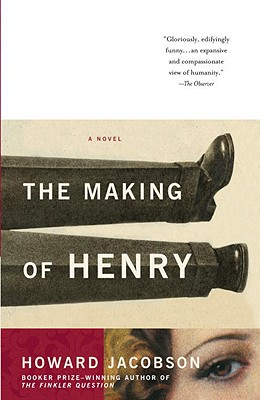 The Making of Henry

Swathed in his kimono, drinking tea from his samovar, Henry Nagle is temperamentally opposed to life in the 21st century. Preferring not to contemplate the great intellectual and worldly success of his best boyhood friend, he argues constantly with his father, an upholsterer turned fire-eater–and now dead for many years. When he goes out at all, Henry goes after other men’s wives.

But when he mysteriously inherits a sumptuous apartment, Henry’s life changes, bringing on a slick descendant of Robert Louis Stevenson, an excitable red setter, and a wise-cracking waitress with a taste for danger. All of them demand his attention, even his love, a word which barely exists in Henry’s magisterial vocabulary, never mind his heart.

From one of England’s most highly regarded writers, The Making of Henry is a ravishing novel, at once wise, tender and mordantly funny.

Prev: The Maid and the Queen
Next: The Making of Home