“The Man Who Invented Christmas is destined to be a classic about a classic. As Tiny Tim might say, ‘God Bless Everyone,’ in this case Standiford, for creating such a delightful and engaging gem—part history, part literary analysis, and all heart, just like the book that inspired it.” 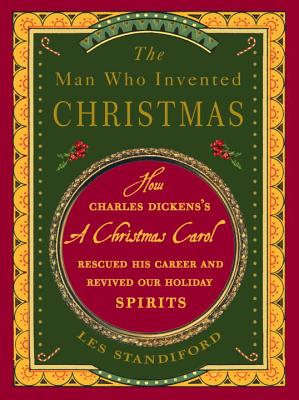 The Man Who Invented Christmas

As uplifting as the tale of Scrooge itself, this is the story of how one writer and one book revived the signal holiday of the Western world.

Just before Christmas in 1843, a debt-ridden and dispirited Charles Dickens wrote a small book he hoped would keep his creditors at bay. His publisher turned it down, so Dickens used what little money he had to put out A Christmas Carol himself. He worried it might be the end of his career as a novelist.

The book immediately caused a sensation. And it breathed new life into a holiday that had fallen into disfavor, undermined by lingering Puritanism and the cold modernity of the Industrial Revolution. It was a harsh and dreary age, in desperate need of spiritual renewal, ready to embrace a book that ended with blessings for one and all.

With warmth, wit, and an infusion of Christmas cheer, Les Standiford whisks us back to Victorian England, its most beloved storyteller, and the birth of the Christmas we know best. The Man Who Invented Christmas is a rich and satisfying read for Scrooges and sentimentalists alike.