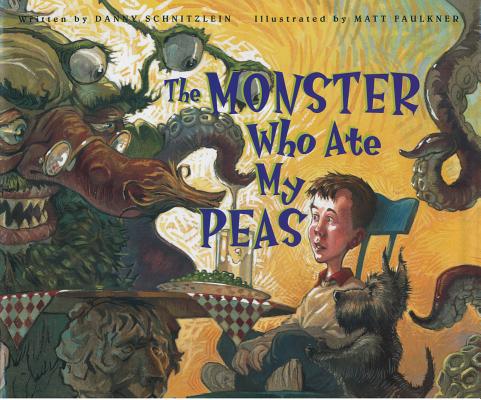 The Monster Who Ate My Peas

How far would you go to avoid eating your vegetables? A young boy thinks he’s discovered a way out of eating his peas,he makes a bargain with a fiendishly funny monster. First the deal is simple: the monster will eat the boy’s peas in exchange for his soccer ball. But with each new encounter, the monster’s demands escalate. Eventually, our hero faces a daunting decision,can he conquer his loathing for peas or will he lose his most prized possession?

Matt Faulkner’s uproariously detailed illustrations and Danny Schnitzlein’s Seuss-inspired verse combine to create a clever story about how far we are willing to go to avoid doing the things we hate.

Prev: The Money Rules
Next: The More They Disappear