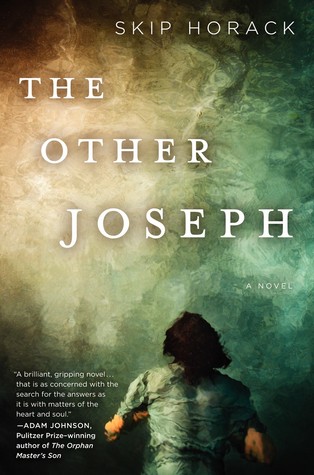 A masterful depiction of a life driven off the rails by tragedy and sin—a man now summoned by the legacy of a beloved, lost brother to embark on a journey in search toward understanding, happiness, and redemption.

Haunted by the disappearance of his older brother Tommy in the first Gulf War, the tragic deaths of his parents, and the felony conviction that has branded him for a decade, Roy Joseph has labored in lonesome exile—and under the ever-watchful eyes of the law—moving between oil rigs off the coast of Louisiana and an Airstream trailer he shares with his dog.

Then, on the cusp of his thirtieth birthday, Roy is contacted by a teenage girl from California claiming to be his lost brother’s biological daughter. Yearning for connection and the prospect of family, Roy embarks on a journey across America, visiting childhood haunts in the South to confront his troubled memories and history, and making a stop in Nevada to call on a retired Navy SEAL who may hold the answer to Tommy’s fate. The ultimate destination is San Francisco, where a potential Russian bride and his long-lost niece await, and Roy may finally recover the Joseph line.

With The Other Joseph, Skip Horack delivers a powerful, spellbinding tale of a man nearly defeated by life who is given one last chance at redemption—one last shot to find meaning and alter the course of his solitary existence.

Prev: The Orchid Thief
Next: The Other Madisons