“His is an extraordinary life . . . It is a rumbustious, engaging, frustrating, joyous rampage through some of the most significant chapters of postwar history in the company of an unforgettable man.”

— David Cesarani Literary Review on The Patagonian Hare: A Memoir 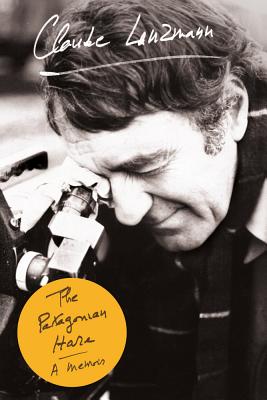 The Patagonian Hare: A Memoir

“Even if I lived a hundred lives, I still wouldn’t be exhausted.” These words capture the intensity of the experiences of Claude Lanzmann, a man whose acts have always been a negation of resignation: a member of the Resistance at sixteen, a friend to Jean-Paul Sartre and a lover to Simone de Beauvoir, and the director of one of the most important films in the history of cinema, Shoah.

In these pages, Lanzmann composes a hymn to life that flows from memory yet has the rhythm of a novel, as tumultuous as it is energetic. The Patagonian Hare is the story of a man who has searched at every moment for existential adventure, who has committed himself deeply to what he believes in, and who has made his life a battle.

The Patagonian Hare, a number-one bestseller in France, has been translated into Spanish, German, Italian, Hebrew, Polish, Dutch, and Portuguese. Claude Lanzmann’s brilliant memoir has been widely acclaimed as a masterpiece, was hailed as “a true literary and historic event” in the pages of Le Monde, and was awarded the prestigious Welt-Literaturpreis in Germany.

Prev: The Past
Next: The Patriot