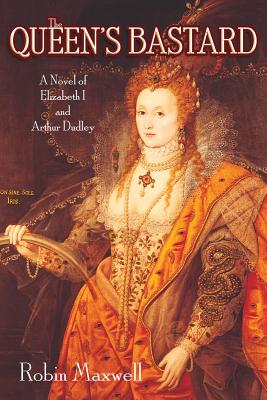 Historians have long whispered that “the Virgin Queen” Elizabeth’s passionate, lifelong affair with Robin Dudley, Earl of Leicester, may have led to the birth of a son, Arthur Dudley. In this exquisite sequel to The Secret Diary of Anne Boleyn, Robin Maxwell fashions a stunning fictional account of the child switched at birth by a lady-in-waiting who foresaw the deleterious political consequences of a royal bastard. Set against the sweeping, meticulously rendered backdrop of court intrigues, international scandals, and England’s battle against the Spanish Armada in 1588, Maxwell deftly juxtaposes Elizabeth and Leicester’s tumultuous relationship with the memoirs of the adventurous son lost to them,yet ultimately discovered.

The Queen’s Bastard artfully weaves two tales, the first told by Arthur Dudley himself, who, exchanged at birth by Elizabeth’s intimates for a stillborn infant, grows up as a country gentleman, never knowing his true identity. A dreamer, a romantic, and a magnificent horseman, Arthur sets off to fight Philip II of Spain. Meanwhile, the lifelong love affair of Elizabeth and Leicester has only been strengthened by the presumed loss of their child. The two narratives collide when Arthur learns who his true parents are. Religion, sex, and the sixteenth century’s most fascinating personalities are woven into a rich tapestry of betrayal, the quest for power, and love.

Prev: The Quantum Universe
Next: The Quest for a Moral Compass