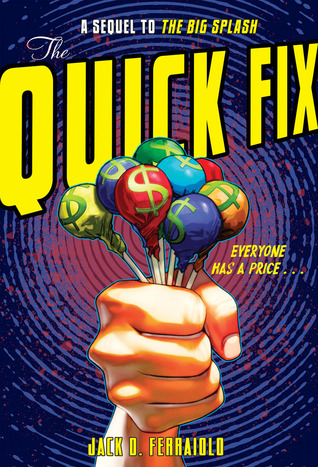 Sequel to The Big Splash

In this much-anticipated sequel to The Big Splash, junior high detective Matt Stevens is back on the case, bringing us another hilarious middle school noir.

When the star of the basketball team is blackmailed, it’s up to Matt, the lone voice for justice in a morass of middle school corruption, to figure out who’s behind the scheme. Is it eighth-grade crime lord Vinny “Mr. Biggs” Biggio, who has made his name peddling forged hall passes and leading a crew of social assassins who send enemies to the Outs with a humiliating squirt-gun blast below the belt? Or is it his lieutenant and Matt’s former best friend, Kevin? Or a pair of scheming twins who sell Pixy Stix to sugar-addicted classmates? One thing’s for sure: There won’t be a quick fix for the trouble at this middle school.

Prev: The Quest for Mary Magdalene
Next: The Rain Heron