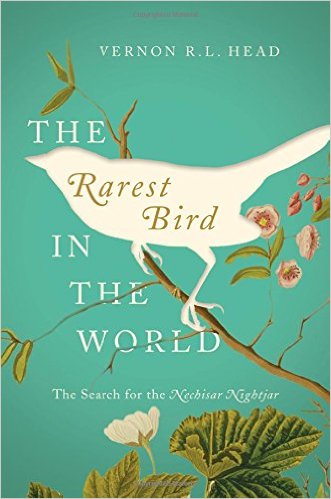 Part detective story, part love affair, and pure adventure storytelling at its best, a celebration of the thrill of exploration and the lure of wild places during the search for the elusive Nechisar Nightjar.

The Rarest Bird in the World

The Search for the Nechisar Nightjar

In 1990, a group of Cambridge scientists arrived at the Plains of Nechisar in Ethiopia. On that expedition, they collected more than two dozen specimens, saw more than three hundred species of birds, and a plethora of rare butterflies, dragonflies, reptiles, mammals, and plants. As they were gathering up their findings, a wing of an unidentified bird was packed into a brown paper bag. It was to become the most famous wing in the world.

This wing would set the world of science aflutter. Experts were mystified. The wing was entirely unique. It was like nothing they had ever seem before. Could a new species be named based on just one wing? After much discussion, a new species was announced: Nechisar Nightjar, or Camprimulgus Solala, which means “only wing.” And so birdwatchers like Vernon began to dream.

Twenty-two years later, he joins an expedition of four to find this rarest bird in the world. In this gem of nature writing, Vernon captivates and enchants as he recounts the searches by spotlight through the Ethiopian plains, and allows the reader to mediate on nature, exploration, our need for wild places, and the human compulsion to name things. Rarest Birdis a celebration of a certain way of seeing the world, and will bring out the explorer in in everyone who reads it.

Prev: The Rare Find: Spotting Exceptional Talent Before Everyone Else
Next: The Real Heroes of Business