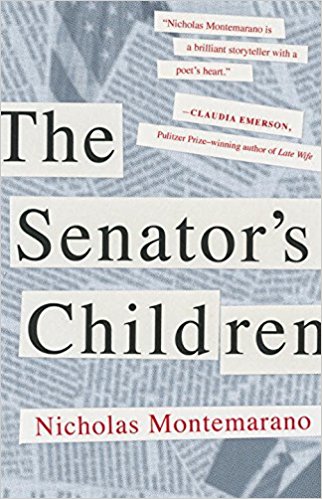 In a country that loves second chances, are some transgressions simply unforgivable?

Sisters Betsy and Avery have never met, but they have both spent their lives under the scrutiny of prying cameras and tabloid journalists. Their father, David Christie, was a charismatic senator and promising presidential candidate until infidelity destroyed his campaign and his family’s life. In the aftermath, Betsy grieves her broken family, while Avery struggles with growing up estranged from her infamous father yet still exposed by the national spotlight. Years later, as David’s health declines, Betsy and Avery are forced to face their complicated feelings about him―and about each other. With delicacy and empathy, Nicholas Montemarano brings these sisters together in a parallel of grief and grace.The Senator’s Children brilliantly distills the American family under pressure.

Prev: The Self-made Billionaire Effect
Next: The Serpent King