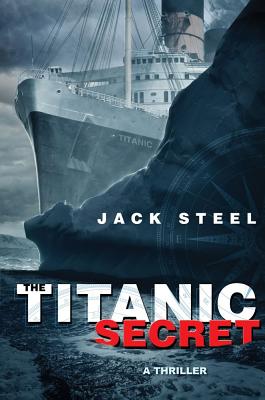 April 1912: Shortly after midnight on Wilhelmstrasse in Berlin, mere yards from the British Embassy, an English spy is shot after a clandestine meeting with a German government official. He utters three cryptic words to a sentry, then dies. It’s an ambush as calculated and cold-blooded as the scheme it helps set in motion.

For Gunther Voss, a tyrannical German financier who has amassed a fortune in mining, it’s the biggest gamble he has ever undertaken: commit America to joining forces with Germany against Great Britain, destroy an empire, and secure for himself the invaluable South African mining concessions currently controlled by the British. It would make the formidable Voss, already a figure of both fear and admiration in America, one of the wealthiest and most powerful men in the world. Even as devious, self-seeking, and unthinkable as the plan is, with an alliance as strong as America and Germany, it’s more than possible,it’s inevitable.

It has fallen on the unique talents of Alex Tremayne of Britain’s Secret Service Bureau and beautiful Maria Weston, a pioneering, fearless, and experienced American agent currently working in Britain, to stop Voss dead in his tracks. Traveling undercover as man and wife, their mission is to neutralize Voss’s plan before he reaches the States. And they’ll be tracking Voss’s every move on the eventful transatlantic journey in unparalleled luxury, occupying a first class suite on board the Titanic, on her heralded maiden voyage from Southampton to the Port of New York.

But Tremayne and Weston are unprepared for the explosive plays of fate that await them, as well as their prey, over the next few nights of their doomed journey. For the ever-shifting dedication to duty and the choices between life and death will become more immediate, more intimate, more demanding, and far more treacherous than they could ever have imagined.

Prev: The Tincture of Time
Next: The Tour