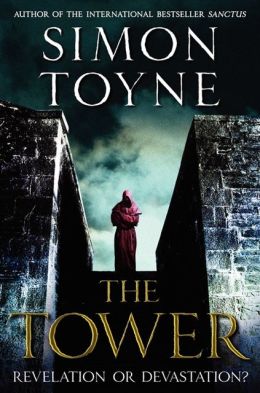 The Tower: A Novel

In The Tower, the thrilling conclusion to Simon Toyne’s bestselling Sanctus trilogy, an ominous countdown has begun that some believe could be the first sign of an imminent global catastrophe.

Toyne’s latest thriller opens at the NASA Control Center in Maryland where the center’s director has gone missing and all that can be found is a bizarre message on his computer screen. FBI Agent J. J. Shepherd believes some of this might be related to an explosion at the Citadel, a secretive monastery in Ruin, Turkey; the viral outbreak that followed there; and the chilling disappearance of a woman named Liv Adamsen.

As strange events and natural disasters occur around the world, Liv searches for the final secrets of the prophecy, while inside the walls of the Ruin, her lover, Gabriel Mann, infected by the virus, battles to survive. Is this the end of days?

In the tradition of Dan Brown’s The DaVinci Code and Steve Berry’s The Columbus Affair, The Tower will keep you riveted until the very last twist.

Prev: The Tournament at Gorlan
Next: The Towering World of Jimmy Choo