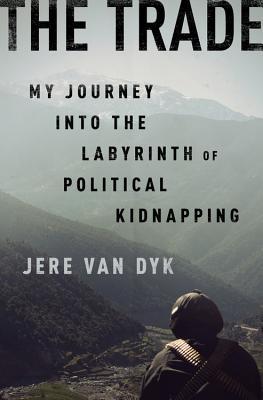 My Journey into the Labyrinth of Political Kidnapping

In 2014, Jere Van Dyk traveled to Afghanistan to try to discover the motives behind a kidnapping that had occurred six years earlier—his own. He was haunted by questions about why he was taken and why he was released, and troubled by the refusal of his friends, employer, and government employees to offer him a full account of what they knew. An experienced investigative reporter, he began a quest to interrogate the accuracy of everything he was told, including from the people he trusted most.

In pursuing his kidnappers, and the stories of the intermediaries and money men, Van Dyk uncovered not just the story of his own abduction but the operation of what he calls the Trade: the business of kidnapping. Operating according to its own shadowy rules, the Trade has become a murky form of negotiation between criminal groups, corporations, families, and governments who have no formal lines of communication.

Van Dyk’s journey took him from up near the Tribal Areas of Pakistan, to the tea shops of Kabul, to the Obama White House, and revealed evidence of lucrative transactions and rival bandit groups working under the direction of intelligence services. In its course, he met the families of many Americans who were or are still kidnapped, bargaining chips at the mercy of violent and pitiless extremists who thrive in the world’s most lawless spaces.

Prev: The Tracker
Next: The Tragedy of the Templars