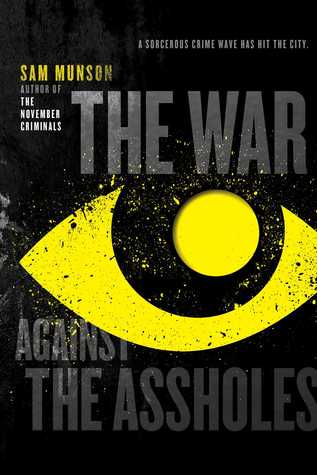 The War Against the Assholes

Mike Wood is satisfied just being a guy with broad shoulders at a decidedly unprestigious Catholic school in Manhattan. But on the dirty streets of New York City he’s an everyman with a moral code who is unafraid of violence. And when Mike is unwittingly recruited into a secret cell of magicians by a fellow student, Mike’s role as a steadfast soldier begins. These magicians don’t use ritualized rote to work their magic, they use willpower in their clandestine war with the establishment: The Assholes. - See more at: http://books.simonandschuster.com/The-War-Against-the-Assholes/Sam-Munson/9781481427746#sthash.5YarwYZT.dpuf

Prev: The Wanting
Next: The War on Heresy