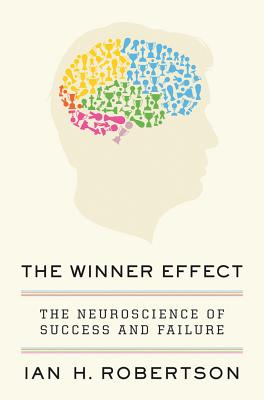 Ian Robertson shows how success causes dramatic changes to your brain that make you smarter, more focused and more ruthless In the vein of Predictably Irrational, The Mind of the Market, and Drive, The Winner Effect reveals how power can be as physically addictive as any drug and able to make you worse, not better, at succeeding in the future. Ian Robertson unravels the biological and neurological roots of our success, including fascinating details such as:

Just thinking about having more power makes you more likely to cheat and less likely to think about others Higher testosterone levels in traders leads to higher profits In Olympic sports in which opposing teams wear either blue or red uniforms, the red team wins 62% of the time Oscar winners live on average four years longer than equally successful Oscar nominees Based on surprising, even jaw-dropping discoveries from scientific studies in labs around the world, The Winner Effect demonstrates the effects winning and losing have on our personal, economic and business lives.

Prev: The Williamson Turn
Next: The Winter Ghosts