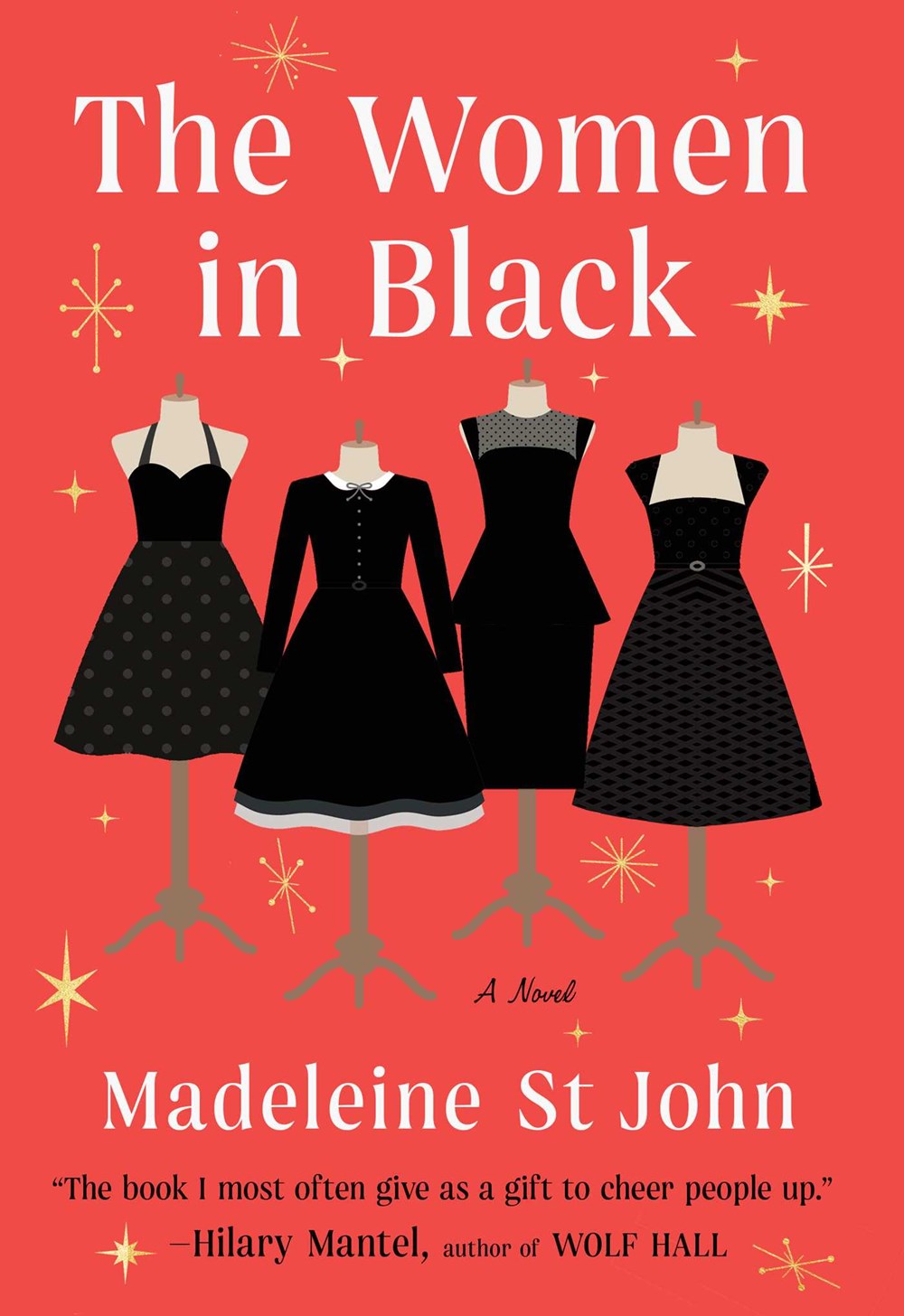 The Women in Black

“The book I most often give as a gift to cheer people up.” —Hilary Mantel

An irresistibly charming debut novel set in a department store in Sydney in the 1950s.

The women in black, so named for the black frocks they wear while working at an upscale department store called Goode’s, are run off their feet selling ladies’ cocktail dresses during the busy season. But in Sydney in the 1950s, there’s always time to pursue other goals…

Patty, in her mid-thirties, has been working at Goode’s for years. She’s married to Frank, who eats a steak for dinner every night, watches a few minutes of TV, and then turns in, leaving Patty to her own thoughts. She wants a baby, but Frank is always too tired for that kind of thing. Sweet Fay, wants to settle down with a nice man, but somehow nice men don’t see her as marriage material.

The glamorous Magda runs the high-end gowns department. A Slovenian émigré who met her Hungarian husband in a refugee camp, Magda is clever and cultured. She finds the Australians to be unfashionable, and dreams of opening her own boutique one day.

Lisa, a teenager awaiting the results of her final exams, takes a job at Goode’s for the holidays. She wants to go to university and secretly dreams of being a poet, but her father objects to both notions. Magda takes Lisa under her wing, and by the time the last marked-down dress has been sold, all of their lives will be forever changed.

Perfect for fans of The Marvelous Mrs. Maisel, this delightful and uplifting novel portrays the roles of women in the 1950s and the timeless importance of female friendship.

Prev: The Women in Black
Next: The Wonderbox: Curious Histories of How to Live