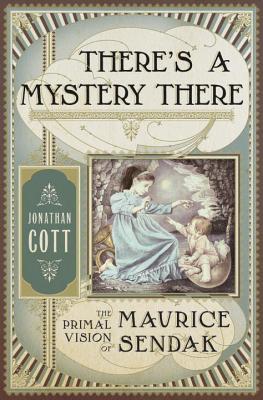 There’s a Mystery There

The Primal Vision of Maurice Sendak

An extraordinary, path-breaking, and penetrating book on the life and work and creative inspirations of the great children’s book genius Maurice Sendak, who since his death in 2012 has only grown in his stature and recognition as a major American artist, period.

Polymath and master interviewer Jonathan Cott first interviewed Maurice Sendak in 1976 for Rolling Stone, just at the time when Outside Over There, the concluding and by far the strangest volume of a trilogy that began with Where The Wild Things Are and In the Night Kitchen, was gestating. Over the course of their wide-ranging and revelatory conversation about his life, work, and the fantasies and obsessions that drove his creative process, they focused on many of the themes and images that would appear in the new book five years later. Drawing on that interview,There’s a Mystery There is a profound examination of the inner workings of a complicated genius’s torments and inspirations that ranges over the entirety of his work and his formative life experiences, and uses Outside Over There, brilliantly and originally, as the key to understanding just what made this extravagantly talented man tick. To gain multiple perspectives on that intricate and multifaceted book, Cott also turns to four “companion guides”: a Freudian analyst, a Jungian analyst, an art historian, and Sendak’s great friend and admirer, the playwright Tony Kushner. The book is richly illustrated with examples from Sendak’s work and other related images.

Prev: There Came a Stranger
Next: There's a Spiritual Solution to Every Problem