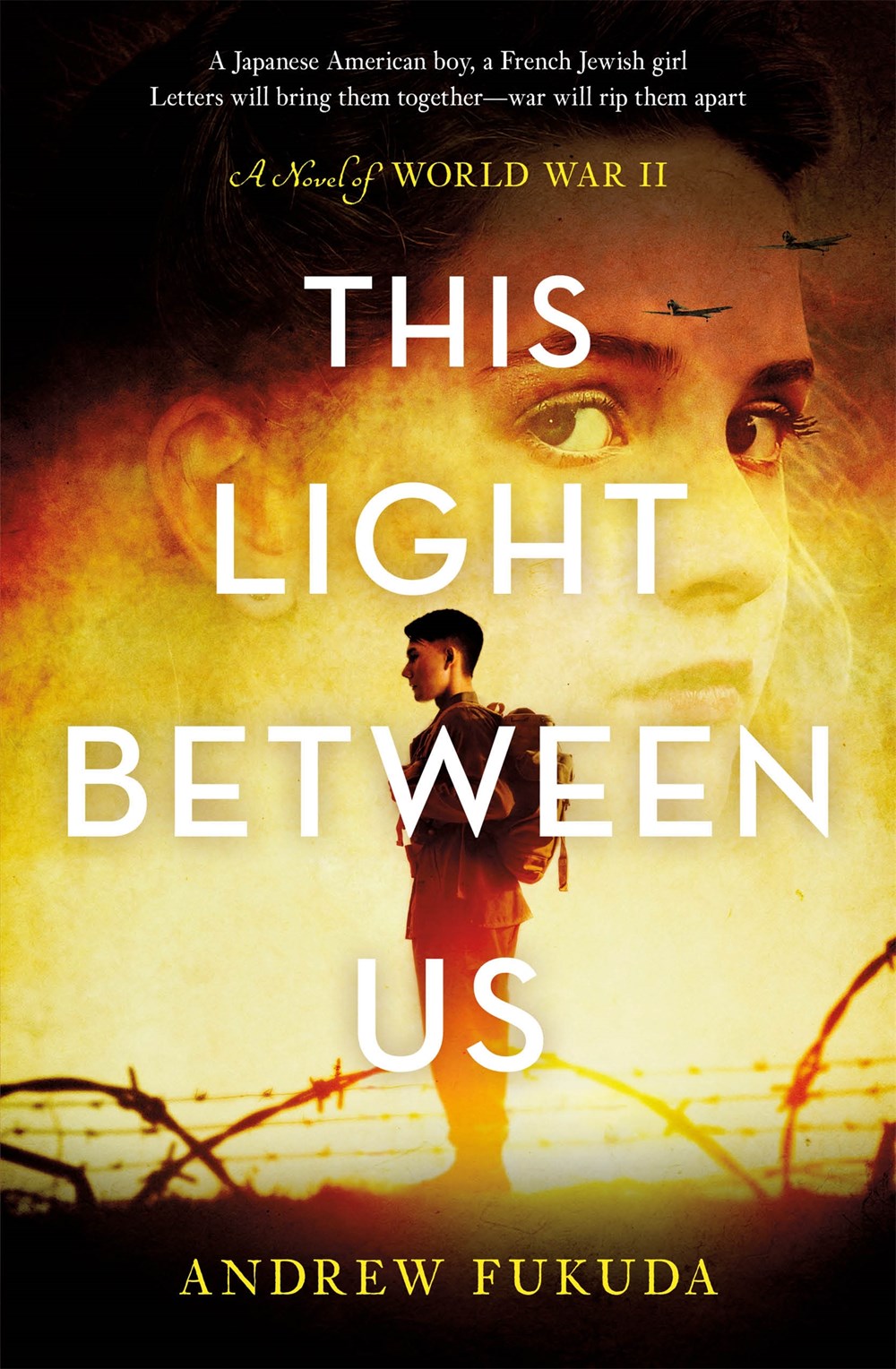 This Light Between Us

“I remember visiting Manzanar and standing in the windswept plains where over ten thousand internees were once imprisoned, their voices cut off. I remember how much I wanted to write a story that did right by them. Hopefully this book delivers.”—Andrew Fukuda

In 1935, ten-year-old Alex Maki, from Bainbridge Island, Washington, is disgusted when he’s forced to become pen pals with Charlie Lévy of Paris, France—a girl. He thought she was a boy. In spite of Alex’s reluctance, their letters continue to fly across the Atlantic, along with the shared hopes and dreams of friendship. Until the Japanese attack on Pearl Harbor and the growing Nazi persecution of Jews force both young people to confront the darkest aspects of human nature. From the desolation of an internment camp on the plains of Manzanar to the horrors of Auschwitz and the devastation of European battlefields, the only thing they can hold onto are the memories of their letters. But nothing can dispel the light between them.

Prev: This is W.A.R.
Next: This Proud Heart