“Patterson writes with the exuberance of a natural storyteller. Her cast is rich, her narrative sinuous and masterfully structured.” 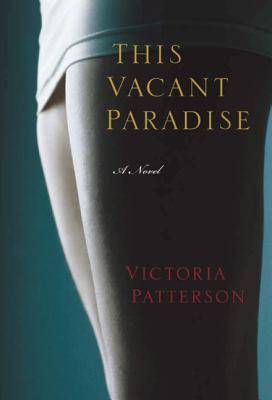 Story Prize and California Book Award finalist Victoria Patterson revisits Newport Beach in This Vacant Paradise, examining the intersections of economics, class, race, sex, and family expectations during the mid-1990’s. Esther lives with her grandmother, a virulent matriarch who controls her family with her wealth. Esther knows that an advantageous marriage replete with social standing, familial and peer approval, and financial rewards, will alleviate her struggles. College dropout, fashion boutique clerk, caregiver for a drug-addicted brother, Esther is also aware that beauty and an uncanny savvy foretell success. But she has been known to self-sabotage, and her peers and family are rooting for her not to blow it with her latest beau, especially since, at the ripe age of thirty-three, Esther’s desirability is on the cusp of decline.

All is well until she begins a tumultuous love affair with Charlie, a local college professor known for his unconventional ideals as much as for his golf game and good looks. He sets a fire inside Esther, sparking and delivering her—whether by choice or not—from the insular, safe, and stifling confines of societal expectations to an alternate, unglamorous, and indefinable course. The result is a stunning debut novel: a powerful work of fiction sure to provoke and engage.

Prev: This Train
Next: Those We Love Most