“Miranda Seymour’s wonderful memoir is a kind of posthumous conversation with her father. The ending is particularly powerful. What a gripping, poignant, dramatic, emotionally searing book she has written.” 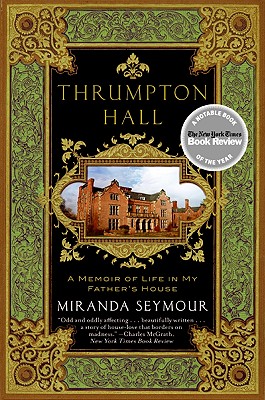 “Dear Thrumpton, how I miss you tonight.” When twenty-one-year-old George Seymour wrote these words in 1944, the object of his affection was not a young woman but the beautiful country house in Nottinghamshire that he desired above all else. Miranda Seymour would later be raised at Thrumpton Hall—her upbringing far from idyllic, as life revolved around her father’s odd capriciousness. The house took priority over everything, even his family—until the day when George Seymour, in his golden years, began dressing in black leather and riding powerful motorbikes around the countryside in the company of surprising friends.

A biography and family memoir by turns hilarious and heart-wrenching, Miranda Seymour’s Thrumpton Hall is a riveting, frequently shocking, and ultimately unforgettable true story of the devastating consequences of obsessive desire and misplaced love