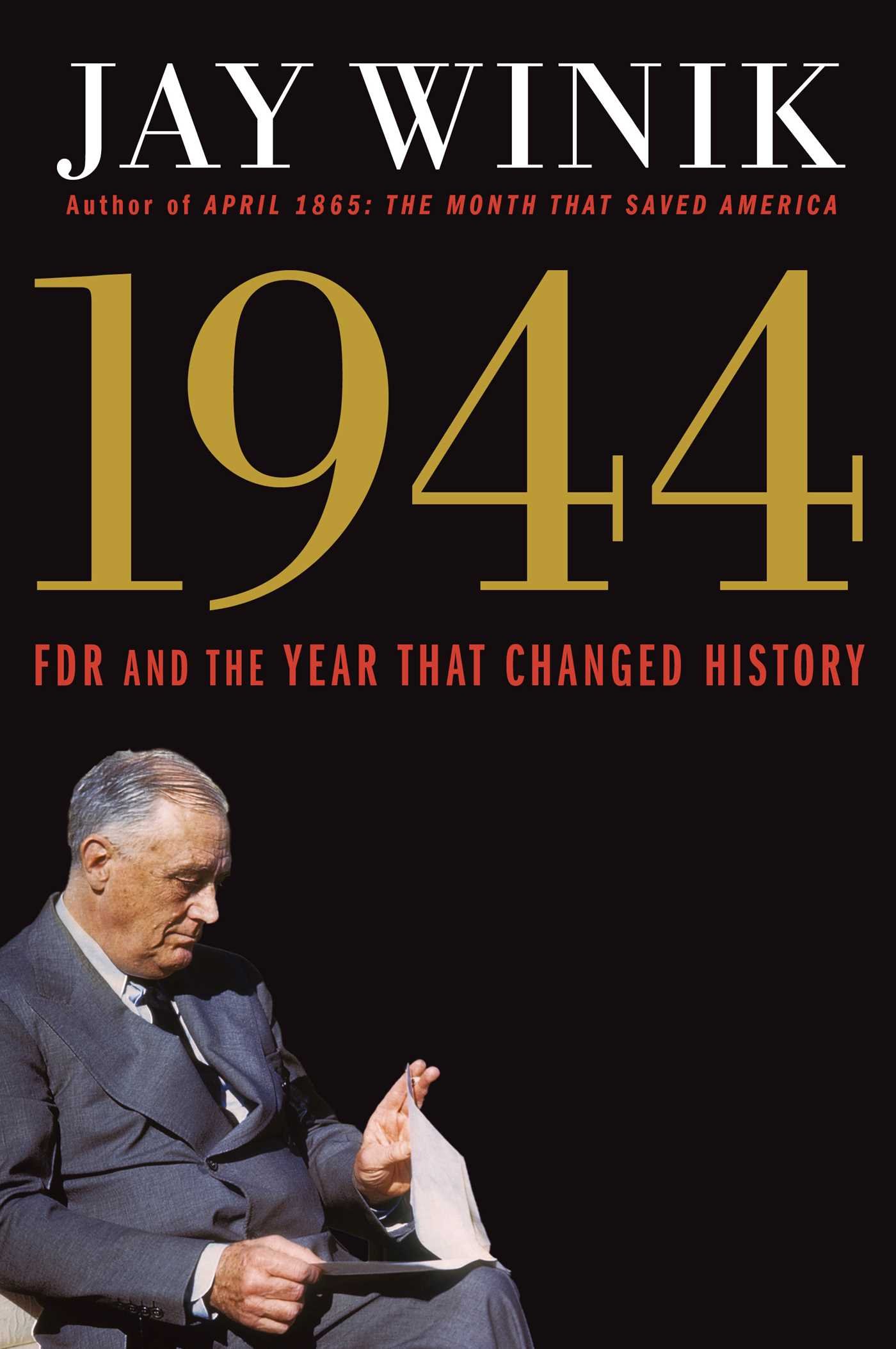 New York Times bestselling author Jay Winik brings to life in gripping detail the year 1944, which determined the outcome of World War II and put more pressure than any other on an ailing yet determined President Roosevelt.

FDR and the Year That Changed History

New York Times bestselling author Jay Winik brings to life in gripping detail the year 1944, which determined the outcome of World War II and put more pressure than any other on an ailing yet determined President Roosevelt.

It was not inevitable that World War II would end as it did, or that it would even end well. 1944 was a year that could have stymied the Allies and cemented Hitler’s waning power. Instead, it saved those democracies—but with a fateful cost. Now, in a superbly told story, Jay Winik, the acclaimed author ofApril 1865 and The Great Upheaval, captures the epic images and extraordinary history as never before.

1944 witnessed a series of titanic events: FDR at the pinnacle of his wartime leadership as well as his reelection, the planning of Operation Overlord with Churchill and Stalin, the unprecedented D-Day invasion, the liberation of Paris and the horrific Battle of the Bulge, and the tumultuous conferences that finally shaped the coming peace. But on the way, millions of more lives were still at stake as President Roosevelt was exposed to mounting evidence of the most grotesque crime in history, the Final Solution. Just as the Allies were landing in Normandy, the Nazis were accelerating the killing of millions of European Jews. Winik shows how escalating pressures fell on an all but dying Roosevelt, whose rapidly deteriorating health was a closely guarded secret. Here then, as with D-Day, was a momentous decision for the president. Was winning the war the best way to rescue the Jews? Was a rescue even possible? Or would it get in the way of defeating Hitler? In a year when even the most audacious undertakings were within the world’s reach, including the liberation of Europe, one challenge—saving Europe’s Jews—seemed to remain beyond Roosevelt’s grasp.

As he did so brilliantly in April 1865, Winik provides a stunningly fresh look at the twentieth century’s most pivotal year. Magisterial, bold, and exquisitely rendered, 1944: FDR and the Year that Changed History is the first book to tell these events with such moral clarity and unprecedented sweep, and a moving appreciation of the extraordinary struggles of the era’s outsized figures. 1944 is destined to take its place as one of the great works of World War II.