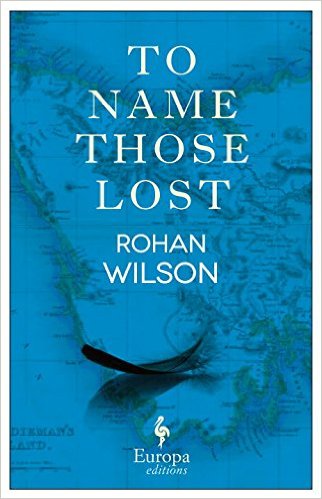 To Name Those Lost

Summer 1874, and Launceston teeters on the brink of anarchy. After abandoning his wife and child many years ago, the Black War veteran Thomas Toosey must return to the city to search for William, his now motherless twelve-year-old son. He travels through the island’s northern districts during a time of impossible hardship - hardship that has left its mark on him too. Arriving in Launceston, however, Toosey discovers a town in chaos. He is desperate to find his son amid the looting and destruction, but at every turn he is confronted by the Irish transportee Fitheal Flynn and his companion, the hooded man, to whom Toosey owes a debt that he must repay.

To Name Those Lost is the story of a father’s journey. Wilson has an eye for the dirt, the hardness, the sheer dog-eat-doggedness of the lives of the poor. Human nature is revealed in all its horror and beauty as Thomas Toosey struggles with the good and the vile in himself and learns what he holds important.

Prev: To Catch the Lightning
Next: To the Edge of the World