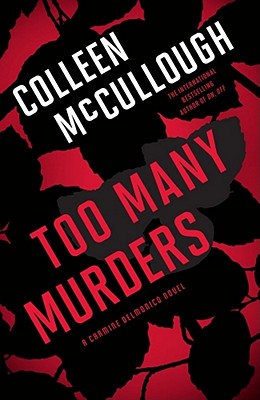 The year is 1967, and the world teeters on the brink of nuclear holocaust as the Cold War goes relentlessly on. But the little city of Holloman, Connecticut, home to prestigious Chubb University and armaments giant Cornucopia, has its own crisis: twelve murders have taken place in one day. As chief of detectives Captain Carmine Delmonico investigates, he finds himself drawn into a gruesome web of secrets and lies. And as if twelve murders were not enough, Carmine must match wits with the mysterious Ulysses, a spy giving Cornucopia’s armaments secrets to the Russians. Are the murders and espionage different cases, or are they somehow linked?

When FBI special agent Ted Kelly makes himself part of the investigation, it appears the stakes are far higher than anyone had imagined. As the death toll mounts, Carmine and his team discover that the answers are not what they seem—but then, are they ever?

Prev: Too Close to Home
Next: Too Much and Not the Mood