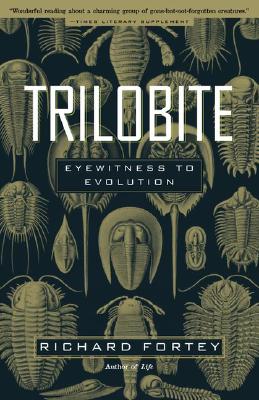 With Trilobite, Richard Fortey, paleontologist and author of the acclaimed Life, offers a marvelously written, smart and compelling, accessible and witty scientific narrative of the most ubiquitous of fossil creatures.

Trilobites were shelled animals that lived in the oceans over five hundred million years ago. As bewilderingly diverse then as the beetle is today, they survived in the arctic or the tropics, were spiky or smooth, were large as lobsters or small as fleas. And because they flourished for three hundred million years, they can be used to glimpse a less evolved world of ancient continents and vanished oceans. Erudite and entertaining, this book is a uniquely exuberant homage to a fabulously singular species.