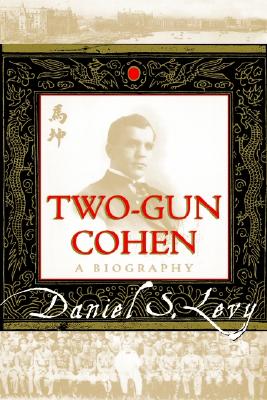 A chunky Jewish battler from the East End of London, a con man, cardsharp, and charlatan-with-a-heart who became a bodyguard to Sun Yat-sen and a general in the Chinese Army, Morris “Two-Gun” Cohen was one of the most unusual adventurers of the twentieth century. He earned the name “Two-Gun” because wherever he went he always packed two pistols, which he wasn’t afraid to use. Born into devout piety and dire poverty, Cohen did not appear to have a promising future. The eldest son of Orthodox Jewish parents, he nevertheless quickly developed into an incorrigible juvenile delinquent. Arrested in 1900 for picking pockets, Cohen was sent to reform school and then shipped off to western Canada. There he spent years wandering from Manitoba to British Columbia, picking pockets and hustling as he went. He regularly played poker at a Chinese gambling den in Saskatoon and one evening stumbled into the middle of an armed robbery. He did what came naturally to him, but what was unheard of at the time - he came to the defense of a Chinese man and knocked the robber out. That selfless act gained him the respect of the Chinese community