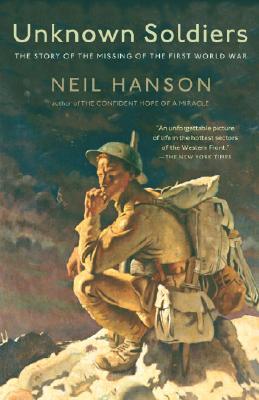 The First World War was a conflict of unprecedented ferocity. After the last shot was fired and the troops marched home, approximately three million soldiers remained unaccounted for. An unassuming English chaplain first proposed a symbolic burial in memory of all the missing dead; subsequently the idea was picked up by almost every combatant country.

Acclaimed author Neil Hanson focuses on the lives of three soldiers — an Englishman, a German, and an American — using their diaries and letters to offer an unflinching yet compassionate account of the front lines. He describes how each man endured nearly unbearable conditions, skillfully showing how the Western world arrived at the now time-honored way of mourning and paying tribute to all those who die in war.