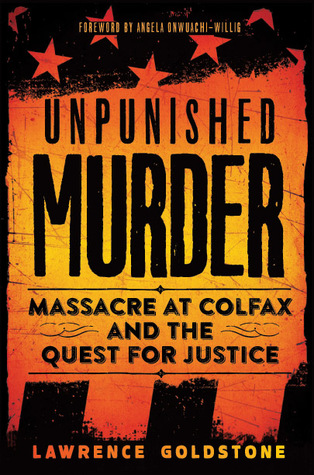 Massacre at Colfax and the Quest for Justice

On Easter Sunday of 1873, just eight years after the Civil War ended, a band of white supremacists marched into Grant Parish, Louisiana, and massacred over one hundred unarmed African Americans. The court case that followed reached the highest court in the land. Yet, following one of the most ghastly incidents of mass murder in American history, not one person was convicted.

The opinion issued by the Supreme Court in US v. Cruikshankset in motion a process that would help create a society in which black Americans were oppressed and denied basic human rights—legally, according to the courts. These injustices paved the way for Jim Crow and would last for the next hundred years. Many continue to exist to this day.

In this compelling and thoroughly researched volume for young readers, Lawrence Goldstone traces the evolution of the law and the fascinating characters involved in the story of how the Supreme Court helped institutionalize racism in the American justice system.