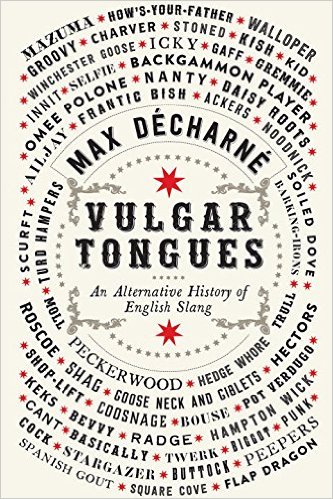 An Alternative History of English Slang

This rollercoaster ride through the colorful history of slang―from highwaymen to hip-hop―is a fresh and exciting take on the subject: entertaining and authoritative without being patronizing, out-of-touch or voyeuristic.

Slang is the language of pop culture, low culture, street culture, underground movements and secret societies; depending on your point of view, it is a badge of honor, a sign of identity or a dangerous assault on the values of polite society. Of all the vocabularies available to us, slang is the most alive, constantly evolving and―as it leaks into the mainstream and is taken up by all of us―infusing the language with a healthy dose of vitality.

Witty, energetic and informative Vulgar Tongues traces the many routes of slang, beginning with the thieves and prostitutes of Elizabethan London and ending with the present day, where the centuries-old terms rap and hip-hop still survive, though their meanings have changed. On the way we will meet Dr. Johnson, World War II flying aces, pickpockets, schoolchildren, hardboiled private eyes, carnival geeks and the many eccentric characters who have tried to record slang throughout its checkered past.

If you’re curious about flapdragons and ale passion, the changing meanings of punk and geek, or how fly originated on the streets of eighteenth-century London and square in Masonic lodges, this is the book for you.

Prev: Voices from the Front
Next: Waiting for Morning