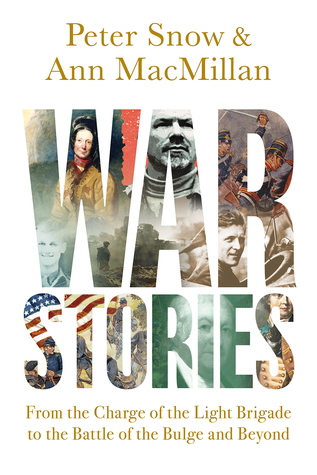 A fascinating account of ordinary men and women swept up in the turbulence of conflict, War Stories tells the tales of thirty-four individuals who have pushed the boundaries of love, bravery, suffering, and terror beyond the imaginable.

These stories span three centuries and five continents. There is the courage of Edward Seager who survived the Charge of the Light Brigade; the cunning of Krystyna Skarbek, quick-thinking spy and saboteur during the Second World War; the skullduggery of Benedict Arnold, who switched sides in the American War of Independence; and the compassion of Magdalene de Lancey who tenderly nursed her dying husband at Waterloo.

Told with vivid narrative energy and full of unexpected insights, War Stories moves effortlessly from tales of spies, escapes, and innovation to uplifting acts of humanity in times of crisis, celebrating men and women whose wartime experiences are beyond compare.

Prev: War Reporting For Cowards
Next: Was Revolution Inevitable?