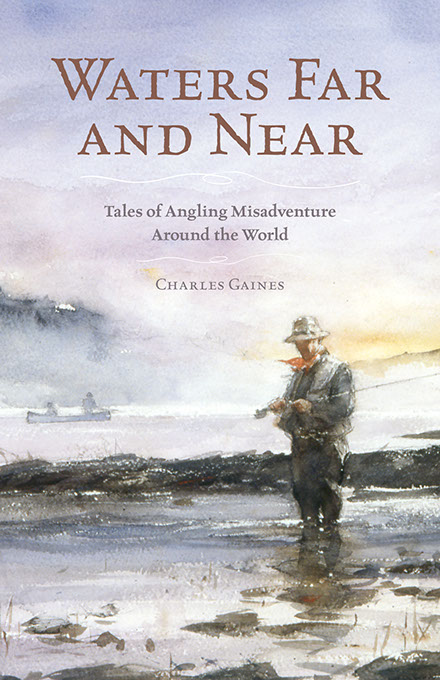 Waters Far and Near

Tales of Angling Adventure and Misadventure Around the World

From the glacial lakes of Patagonia to the safari camps of Zambia, Charles Gaines has traversed the globe in search of the elusive catch. Traveling by helicopter, kayak, ship or houseboat, on lakes, rivers, oceans and everglades, he has visited five continents and over 20 countries following his primary passion: fly-fishing. But, as with any epic quest, the adventure—made up of wild stories, salty characters, breathtaking settings and close calls—is often more rewarding than the slippery goal itself. In Have Fly Rod, Will Travel, Charles Gaines presents a collection of essays that each begin in pursuit of a fish, but ultimately wind through back roads, volcanic landscapes, game reserves and remote villages, taking the reader on expeditions that reach far beyond the bait and tackle. Along the way, he weaves in historical context, environmental concerns, and vividly detailed portraits of the fellow adventurers and guides who share his obsession for the sport.

Tom McGuane calls Gaines’s writing “fresh, original and downright elegant.” John Rasmus, former editor-in-chief ofNational Geographic Adventure says “Gaines breaks your heart with his stories, his voice, and the rhythm and control in his prose…Charles Gaines captures the sport—and the passions it evokes—with a sense of adventure, grace, and magic.”