“Michael Ridpath is on the war path, trouncing the Scandinavians on their home turf. This is international thriller writing at its best, fine characters, page turning suspense and a great, fresh location.” 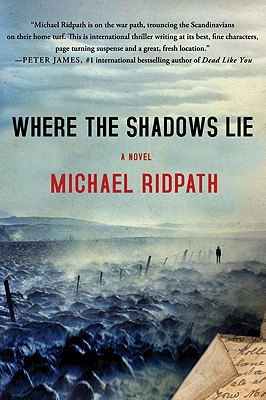 Where the Shadows Lie

An ancient saga. A modern legend. A secret worth killing for.

Amid Iceland’s wild, volcanic landscape, rumors swirl of an ancient manuscript inscribed with a long-lost saga about a ring of terrible power. A rediscovered saga alone would be worth a fortune, but, if the rumors can be believed, there is something much more valuable about this one. Something worth killing for. Something that will cost Professor Agnar Haraldsson his life.

Untangling murder from myth is Iceland-born, Boston-raised detective Magnus Jonson. On loan to the Icelandic Police Force for his own protection after a Massachusetts drug cartel puts a bounty on his head, Magnus is eager work the Haraldsson case, a rare lethal crime for the island nation. But his unorthodox investigative technique soon gets him into trouble with his more traditional superiors, intensifying his mixed feelings about returning to his native country—a place of tangled family loyalties haunted by his father’s unsolved murder—after nearly two decades. And as Magnus is about to discover, the past casts a long shadow in Iceland.

Binding Iceland’s landscape and history, secrets and superstitions in a strikingly original plot in the tradition of Arnaldur Indridason and Henning Mankell, Where the Shadows Lie is a heart-pounding new series from an established master.

Prev: Where the Line is Drawn
Next: Where Yesterday Lives