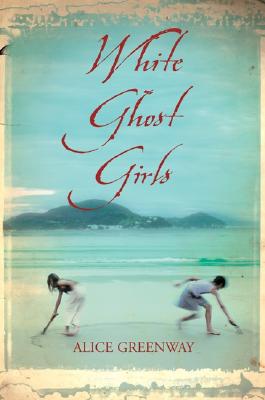 Summer 1967. The turmoil of the Maoist revolution is spilling over into Hong Kong and causing unrest as war rages in neighboring Vietnam. White Ghost Girls is the story of Frankie and Kate, two American sisters living in a foreign land in a chaotic time. With their war-photographer father off in Vietnam, Marianne, their beautiful but remote mother, keeps the family close by. Although bound by a closeness of living overseas, the sisters could not be more different — Frankie pulses with curiosity and risk, while Kate is all eyes and ears. Marianne spends her days painting watercolors of the lush surroundings, leaving the girls largely unsupervised, while their Chinese nanny, Ah Bing, does her best to look after them. One day in a village market, they decide to explore — with tragic results. In Alice Greenway’s exquisite gem of a novel, two girls tumble into their teenage years against an extraordinary backdrop both sensuous and dangerous. This astonishing literary debut is a tale of sacrifice and solidarity that gleams with the kind of intense, complicated love that only exists between sisters.