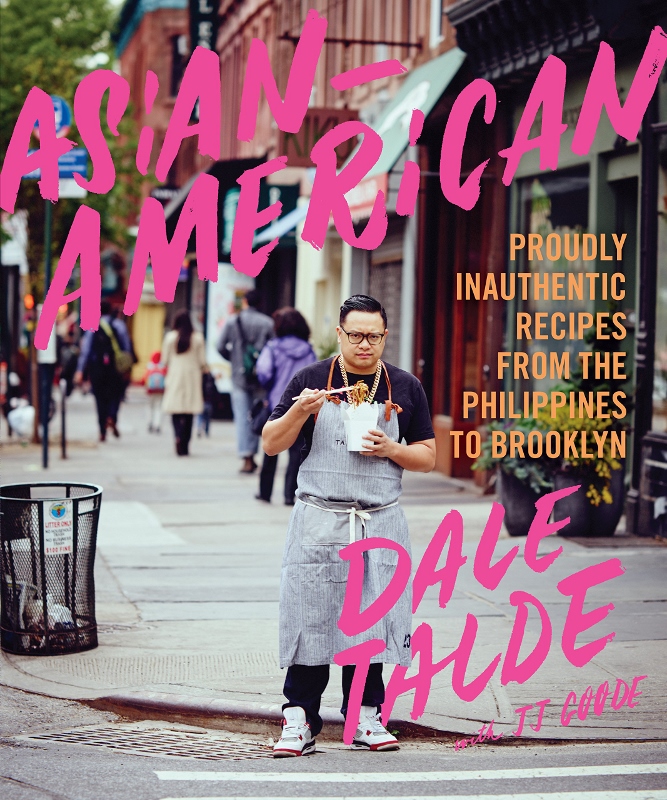 Proudly Inauthentic Recipes from the Philippines to Brooklyn

Born in Chicago to Filipino parents, Dale Talde grew up both steeped in his family’s culinary heritage and infatuated with American fast food—burgers, chicken nuggets, and Hot Pockets. Today, his dual identity is etched on the menu at Talde, his always-packed Brooklyn restaurant. There he reimagines iconic Asian dishes, imbuing them with Americana while doubling down on the culinary fireworks that made them so popular in the first place. His riff on pad thai features bacon and oysters. He gives juicy pork dumplings the salty, springy exterior of soft pretzels. His food isn’t Asian fusion; it’s Asian-American.

Now, in his first cookbook, Dale shares the recipes that have made him famous, all told in his inimitable voice. Some chefs cook food meant to transport you to Northern Thailand or Sichuan province, to Vietnam or Tokyo. Dale’s food is meant to remind you that you’re home.