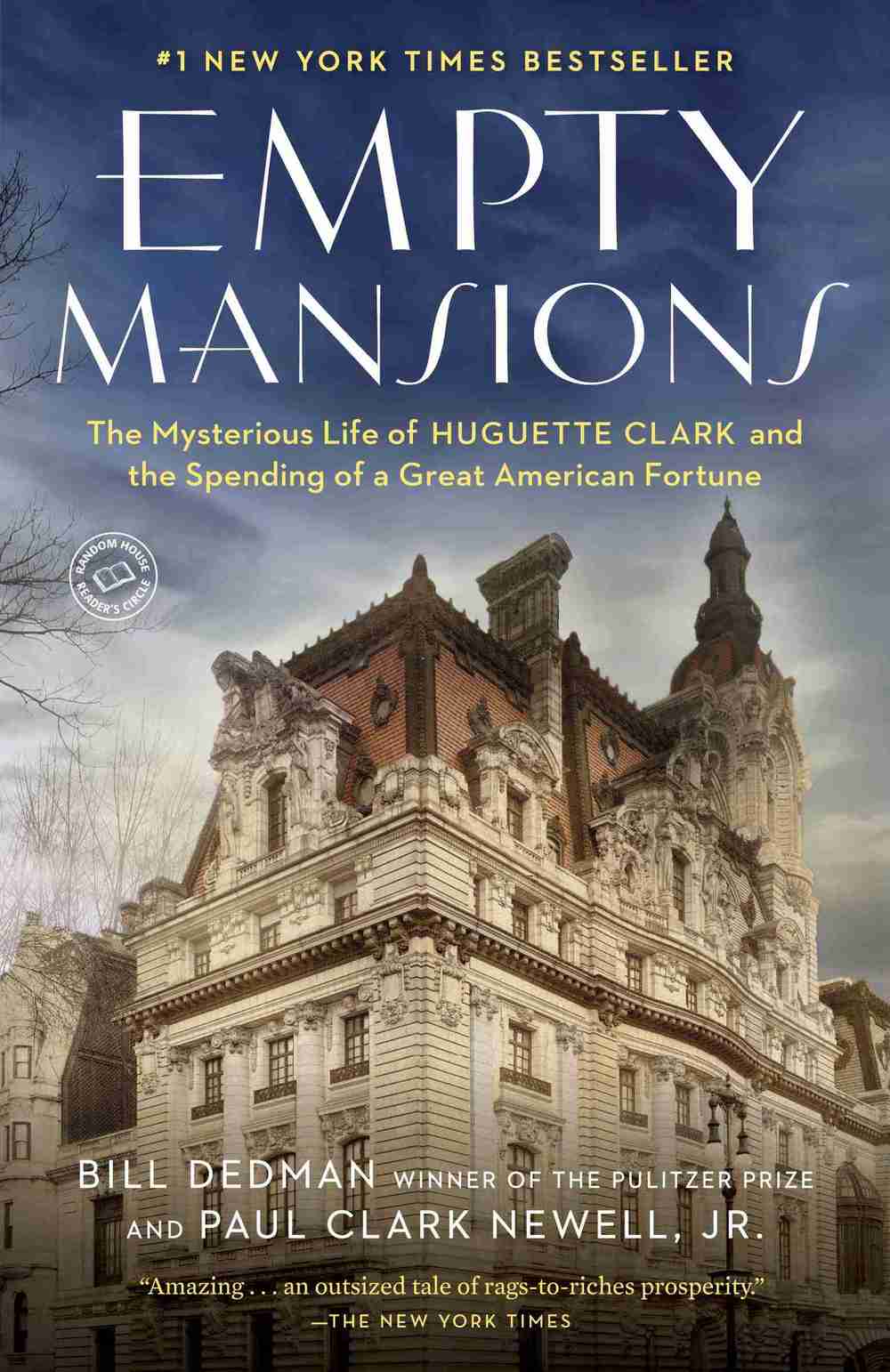 Empty Mansions is an enthralling story of an eccentric of the highest order, a last jewel of the Gilded Age who lived life on her own terms.


by Bill Dedman, by Paul Newell

When Pulitzer Prize–winning journalist Bill Dedman noticed in 2009 a grand home for sale, unoccupied for nearly sixty years, he stumbled through a surprising portal into American history. Empty Mansions is a rich mystery of wealth and loss, connecting the Gilded Age opulence of the nineteenth century with a twenty-first-century battle over a $300 million inheritance. At its heart is a reclusive heiress named Huguette Clark, a woman so secretive that, at the time of her death at age 104, no new photograph of her had been seen in decades. Though she owned palatial homes in California, New York, and Connecticut, why had she lived for twenty years in a simple hospital room, despite being in excellent health? Why were her valuables being sold off? Was she in control of her fortune, or controlled by those managing her money?


Dedman has collaborated with Huguette Clark’s cousin, Paul Clark Newell, Jr., one of the few relatives to have frequent conversations with her. Dedman and Newell tell a fairy tale in reverse: the bright, talented daughter, born into a family of extreme wealth and privilege, who secrets herself away from the outside world.

Huguette was the daughter of self-made copper industrialist W. A. Clark, nearly as rich as Rockefeller in his day, a controversial senator, railroad builder, and founder of Las Vegas. She grew up in the largest house in New York City, a remarkable dwelling with 121 rooms for a family of four. She owned paintings by Degas and Renoir, a world-renowned Stradivarius violin, a vast collection of antique dolls. But wanting more than treasures, she devoted her wealth to buying gifts for friends and strangers alike, to quietly pursuing her own work as an artist, and to guarding the privacy she valued above all else.

The Clark family story spans nearly all of American history in three generations, from a log cabin in Pennsylvania to mining camps in the Montana gold rush, from backdoor politics in Washington to a distress call from an elegant Fifth Avenue apartment. The same Huguette who was touched by the terror attacks of 9/11 held a ticket nine decades earlier for a first-class stateroom on the second voyage of the Titanic.

Empty Mansions reveals a complex portrait of the mysterious Huguette and her intimate circle. We meet her extravagant father, her publicity-shy mother, her star-crossed sister, her French boyfriend, her nurse who received more than $30 million in gifts, and the relatives fighting to inherit Huguette’s copper fortune. Richly illustrated with more than seventy photographs, Empty Mansions is an enthralling story of an eccentric of the highest order, a last jewel of the Gilded Age who lived life on her own terms.

Prev: Empress of a Thousand Skies
Next: Encircling