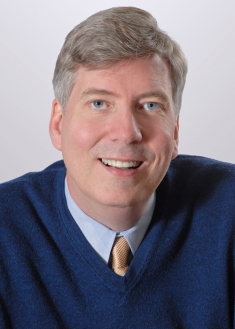 Bill Dedman received the 1989 Pulitzer Prize in investigative reporting while writing for The Atlanta Journal-Constitution. After eight years at NBC News (msnbc.com, which became NBCNews.com), Bill moved in September 2014 to Newsday, the newspaper and news website on Long Island, N.Y. He has written for The New York Times, The Washington Post and The Boston Globe.

Bill introduced the public to heiress Huguette Clark and her empty mansions through his compelling series of narratives for NBC, which became the most popular feature in the history of its news website, topping 110 million page views. All the NBC News stories, videos and photos on the mystery of Huguette Clark are at http://nbcnews.com/clark.

Bill collaborated with Huguette Clark’s cousin, Paul Clark Newell, Jr., on “Empty Mansions,” a mystery of wealth and loss — and a secretive heiress named Huguette Clark. Though she owned palatial homes in Santa Barbara and Connecticut and New York, why had she lived for twenty years in a simple hospital room, despite being in excellent health? Empty Mansions unravels the story of her remarkable family, from the father, W.A. Clark, the copper king, founder of Las Vegas, and controversial U.S. senator, to his daughter, the generous artist who held a ticket on the Titanic and was still living in New York City on 9/11.

Published in September 2013 by Ballantine Books (Random House), “Empty Mansions” debuted at No. 1 on the New York Times best sellers list. It was named on best-of-the-year lists from Goodreads, Barnes & Noble, and Amazon.com, and on the year-end favorites list from New York Times book critic Janet Maslin. It has stayed on the bestseller lists from The New York Times for 13 weeks, and The Los Angeles Times for 36 weeks. It has been on the bestseller lists from Indie Bound (independent bookstores), NPR, USA Today, Publishers Weekly, The Wall Street Journal, and others. The updated paperback version of “Empty Mansions” was released in April 2014, hitting No. 1 in Los Angeles and returnning to the list in The New York Times.