“Di Giovanni writes with sadness, love and generosity ... turned the harsh facts of a life full of extremity and chaos into a story of defiant elegance ...”

— The Telegraph (UK) on Ghosts By Daylight 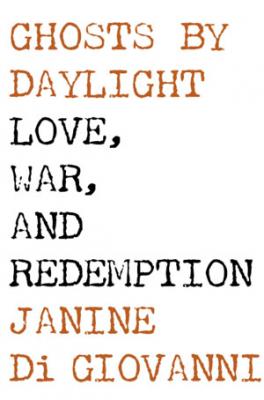 An enthralling, deeply moving memoir from one of our foremost American war correspondents.

Janine di Giovanni has spent most of her career—more than twenty years—in war zones recording events on behalf of the voiceless. From Sarajevo to East Timor, from Sierra Leone to Afghanistan, Iraq, and Somalia, she has been under siege and under fire.

Along the way she meets Bruno, a French reporter whose spirit and audacity are a match for her own. Their love affair spans nearly a decade and a dozen armed conflicts before they settle in Paris to raise a family. But Janine soon learns that a life lived in war is inevitably haunted. Bruno struggles with physical and emotional pain, and Janine, a new mother and wife in Paris, is afraid both for Bruno and herself and for the work that they do—and doubtful that she can hold their lives together.

With stunning scenes of action, heart-wrenching accounts of profound love, personal loss, and redemption, Ghosts by Daylight tells the unforgettable story of a passionate life lived to the fullest.